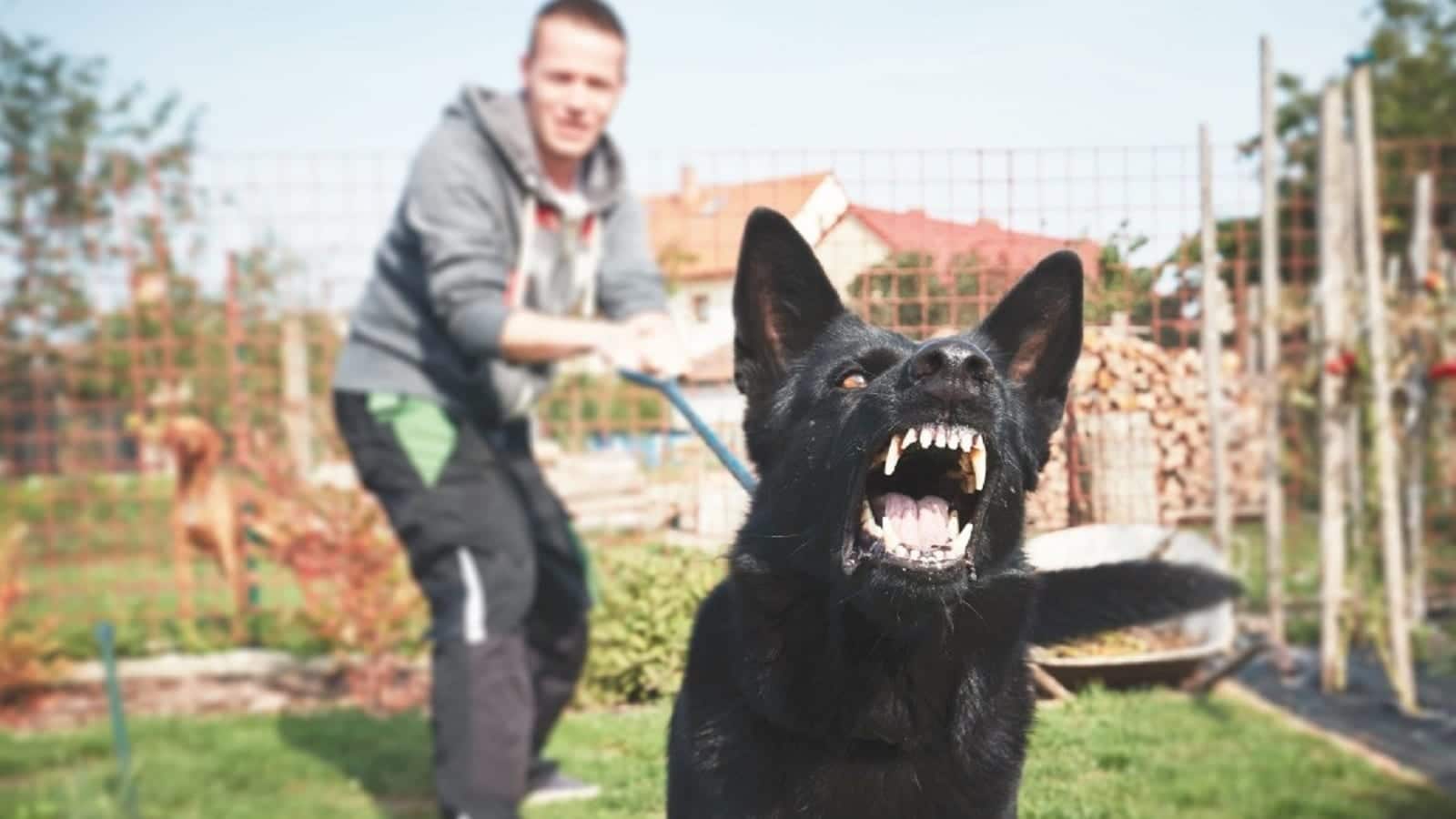 Injured by a Dog Bite?

Getting help is easy! We are here to help you get the money you deserve for your dog bite injury.

Get A Free Case Review

I’ve Been Bitten: How A Dog Bite Lawyer Will Benefit Your Case

American Veterinary Medical Association shared a statistic that stated, “36.5% of households own a dog.” In our world today, it’s not rare to have a neighbor that owns a dog or pass a dog walking with their owner around the city. As our society continues to grow, more houses are being built which means less yard space for dogs to enjoy. With less yard space, more people are taking their dogs to parks and neighborhoods, but this means the dog encounters more unfamiliar people. The fact that 36.5 % of households own a dog and have less yard space for it to run raises the chance of becoming a victim of a dog attack. If you or someone you love, has suffered an injury due to a dog bite, it’s time to contact a dog bite lawyer in Lafayette.

According to Canine Journal:

Dog injuries will vary, and if one has suffered an injury, an attorney can help seek the right compensation for the injury.

Suffering a serious dog bite can be incredibly traumatic and result in injuries that can change your life forever. If you’ve been bitten by someone else’s dog, navigating the laws surrounding liability for dog bites is confusing, and it can be difficult to know what to do next. That’s why we’ve listed some of the most common questions people have about dog bite claims below and provided answers to help you know where to begin.

Louisiana law states that a dog’s owner may be held liable for any injuries caused by their dog and, as a dog owner, you have a basic duty to prevent your dog from harming other people. However, Louisiana also has what’s called a “one-bite” rule for dogs, which states that, as the owner, you are only liable if you knew or should have known that your dog’s behavior could cause harm. Additionally, it must be proven that you knew taking reasonable care could prevent this harm and you failed to take suitable precautions. If all of these factors can be proven, it’s possible that the victim will file a civil suit in order to recover money for their medical bills and other losses. The victim may also report your dog to animal services and an investigation could be launched.

The necessary treatment for a dog bite will depend on the severity and location of the wound. In some cases, you can treat dog bites at home through basic first aid techniques, such as using a clean towel to stop any bleeding, cleansing and bandaging the wound, and applying antibiotic ointment. However, it’s usually in your best interest to see a doctor for treatment to ensure the proper steps are taken to avoid infection or further problems. You should especially consider seeking medical attention if you were bitten by someone else’s dog or the wound is bleeding heavily.

If you’ve been bitten by a dog, it’s important to clean the wound as soon as possible. To properly clean a dog bite wound, gently wash the area with mild soap and warm tap water for approximately five minutes. Then, try to slow any bleeding by applying pressure to the area with a clean cloth. If you’re able, rub antibiotic cream over the wound and wrap it using a sterile bandage. Keep the wound bandaged and consult your doctor to make sure further treatment isn’t needed.

While it is normal for the area around a dog bite to become slightly swollen, swelling, along with redness and pain, are also common symptoms of infection. If a dog bite pierces your skin, it’s possible that bacteria from the dog’s mouth or the outside environment can cause your wound to become infected. If you notice any swelling after a dog bite, it’s important to seek medical attention as soon as possible, as an antibiotic or vaccination may be required to treat the infection.

Most homeowners insurance policies offer some form of coverage in the event the homeowner is sued due to an animal bite on their property. This insurance can cover liability expenses, such as medical bills, up to the liability limits laid out in the policy.

In other words, if you’re bitten by a dog on someone else’s property, you may be able to recover money for your injuries and other losses from the dog owner’s homeowners insurance policy. If your damages exceed their policy limits, the dog owner may be held personally responsible for the damages above that amount.

When a bite is reported to animal control, a file on the incident will be opened, which can include the dog’s vaccination history and anything Animal Control finds during its investigation.

While in many cases the dog may be required to be quarantined for a period of time, local Animal Control may issue more serious orders in the event of a particularly vicious attack. While you can contact your local Animal Control directly, if you’ve suffered a serious dog bite, it’s usually best to call 911 and have a police officer come to the scene. They will decide how best to handle the dog and file a police report, which can be important for any insurance claim later on and will also be taken into account in Animal Control’s investigation.

Similar to homeowners insurance, many renters insurance policies do provide some form of liability coverage for dog bites. However, it’s important to keep in mind that some insurance companies will not insure renters that own certain breeds of dogs they categorize as dangerous, in which case the dog owner could be held personally liable for any injuries their dog causes.

Insurance policy terms can be complicated to understand after a dog bite. If you’re bitten by someone else’s dog at their apartment and they have renters insurance, it can be to your advantage to have an experienced dog bite attorney review the policy and help you determine whether you can file a claim with their insurance company for damages.

No two dog bite cases are the same and there are many variables that go into determining how much you can sue for a dog bite. If you’ve suffered a dog bite and would like to file a lawsuit, it’s in your best interest to speak with an attorney who knows the laws surrounding dog bite claims in Louisiana. A lawyer can review your case and how the dog bite has affected your life, and help you determine a fair amount to demand for losses such as your medical bills, lost wages, pain and suffering, and more.

If you are a landlord and a tenant’s dog bites someone, you will not be held liable in most cases. However, there are certain circumstances in which a landlord can be held responsible when a tenant’s dog causes harm to a visitor. Under Louisiana law, if you knew the dog was dangerous and could have taken action to properly warn visitors or have the dog removed, there is a chance that you could be held liable for the victim’s damages.

If you’ve been bitten by a dog and have more questions about how to proceed and your legal options, contact our experienced attorneys at The Law Offices of Blaine Barrilleaux for help today.

Dog attacks can leave various scars depending upon the injury, which may result in the need for plastic surgery or leave an individual with emotional distress. Some of the common injuries include:

These are just some of the injuries one can experience if they have suffered a dog attack.

In some cases, a person may become infected with a bacteria such as pasteurella multocida, which is a pathogen that can be found in wild and domestic animals, and capnocytophaga canimorsus, known as a bacteria. There are various traces of bacteria that an individual can come in contact due to a dog attack, and it’s essential to be evaluated by a doctor.

Benefits of Hiring an Attorney

Contacting an attorney may be exactly what you need to gain the compensation you deserve. Here are a few reasons you should hire a dog bite lawyer:

What should I do if I’m a Victim of a Dog Attack?

If you come in contact with a potentially dangerous dog, contact a local animal shelter or animal care center. Listed below are resource links.

What Our Clients Are Saying

Mr. Blaine Barrilleaux and his staff made this process as painless as possible. This was my first time going through a lawsuit and he and his staff made me very comfortable and went above and beyond to make sure I understood the process and what to expect. I would recommend this law firm to anyone seeking help.

Anytime I needed anything Blaine’s team was there to help me. They were friendly and on top of everything I asked for. I really appreciate how hard and quickly they worked to resolve my case. I would highly recommend Blaine Barrilleaux Law for anyone needing legal help.

Blaine Barrilleaux and his staff went beyond what was ever expected. Blaine was very easy to talk to and he listened to all my needs and concerns. They truly care. Thanks Blaine for all you did for us.

Blaine and his staff treated my family with the most respect. Blaine cares for his clients and goes above and beyond for them. Thank you Blaine for all your hard work and time in my case.

If you or someone you know has been injured in a dog attack, you need a personal injury lawyer who handles dog injury cases. An experienced lawyer will assist you in gaining the financial compensation you deserve and has the knowledge to help you file your case.

In Louisiana, dog owners are liable for the actions of their dogs, including bites. In Lafayette, there is no such thing as “one free bite.”

The Law Offices of Blaine Barrilleaux provide free case consultations for Lafayette dog attack victims. To schedule your free consultation, call our dog bite lawyers at 337-989-1212. We can explain your legal options.